He was my grandmother’s brother. As muscular dystrophy took a toll on his body, Uncle Harold eventually became confined to a wheelchair. Sometime after Grandpa died, Uncle Harold moved in with Grandma. In many ways, I think that caring for her younger brother gave her a sense of purpose.

I don’t remember Uncle Harold not in a wheelchair. For some reason, however, I wasn’t scared of it. Maybe it’s because it’s the only way I knew him, so it didn’t seem unusual. Maybe I was fascinated with the apparatuses that he used, including a hydraulic lift that Grandma used to move him from his wheelchair and into bed. But there’s something else that probably explains why I wasn’t scared of Uncle Harold or his wheelchair: 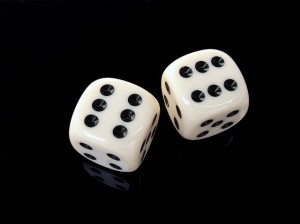 Uncle Harold loved to play games of all sorts. He played a mean game of Yahtzee. Think your set of 5s is going to rule the day? Hardly. He could roll 6s like you wouldn’t believe. Going to Grandma’s and playing with Uncle Harold was always a treat.

Uncle Harold died 11 August 1979 and is buried at St. Joseph Cemetery in Columbus, along with his wife Anne and his son Tommy, who was killed by a drunk driver in 1960. 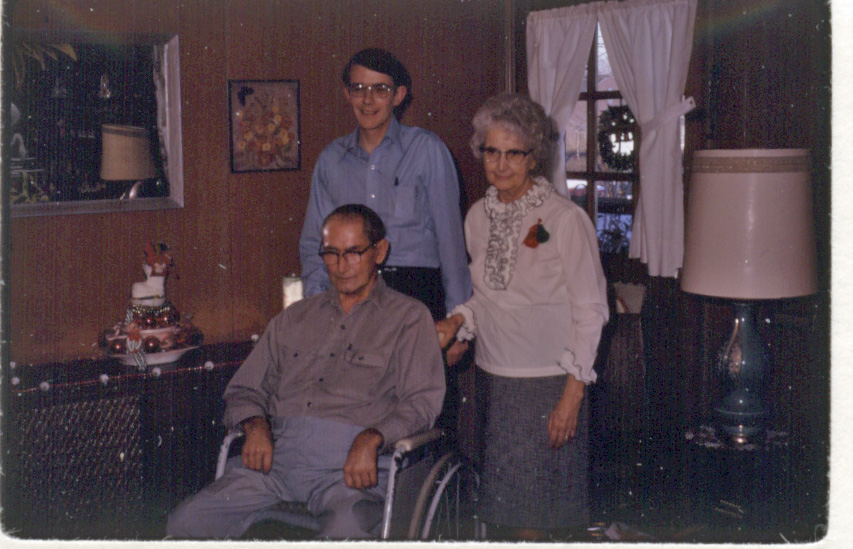 Harold Young (seated) with his sister Adah (Young) Johnson and his son David. 1972.

All of the cousins called him “Uncle” Harold, rather than “Great-Uncle” or “Grand-Uncle.” Keep that in mind when you’re sorting out relationships in your own family. When someone refers to Uncle so-and-so or Aunt such-and-so, it might be another relationship.