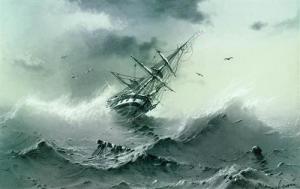 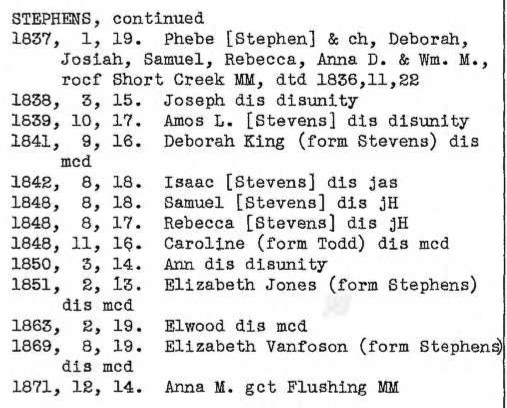 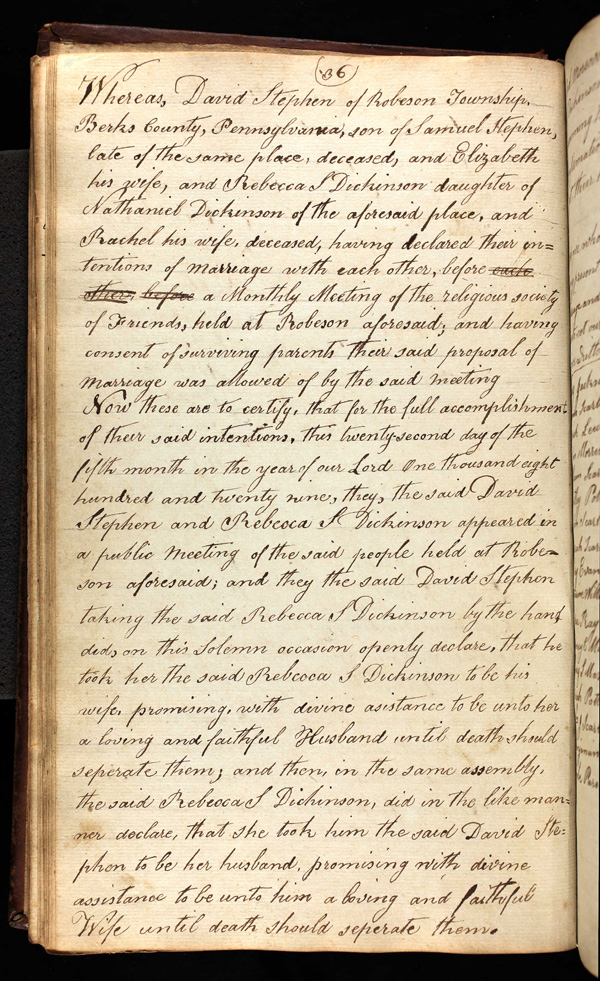 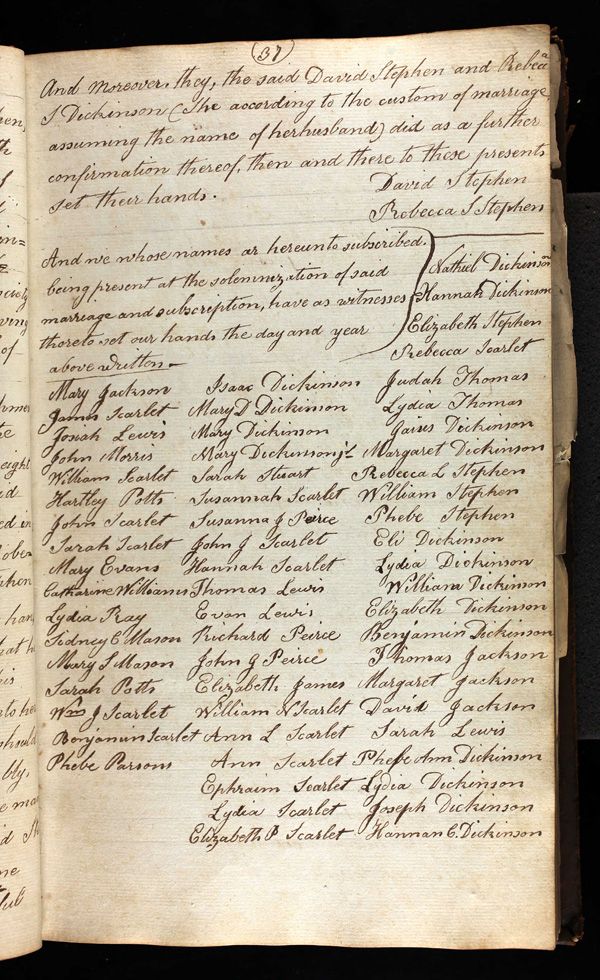 There is something about seeing an original record, even if you’ve seen a published abstract. Seeing the handwriting, seeing the exact words… Somehow, it makes the event more “real.”

Ancestry.com just released 11.5 million Quaker records. Actually called the Religious Society of Friends, the Quakers were early proponents of gender and racial equality. It’s cool to think of your ancestors being actively for equality, but for genealogists, it gets even better. The Quakers were excellent record-keepers!

I’ve known for some time that I have Quaker ancestors. Up to this point, I’ve used the standard references, such as Hinshaw’s Encyclopedia of American Quaker Genealogy and I have found good information. (Even more information is in store with these new records!) I just found the certificate of removal of my 4th-great-grandfather Nathaniel Dickinson of the Exeter Monthly Meeting in Berks County, Pennsylvania “to proceed in marriage with Rachel Moore Daughter of William Moore Deceased” of the Sadsbury Monthly Meeting: 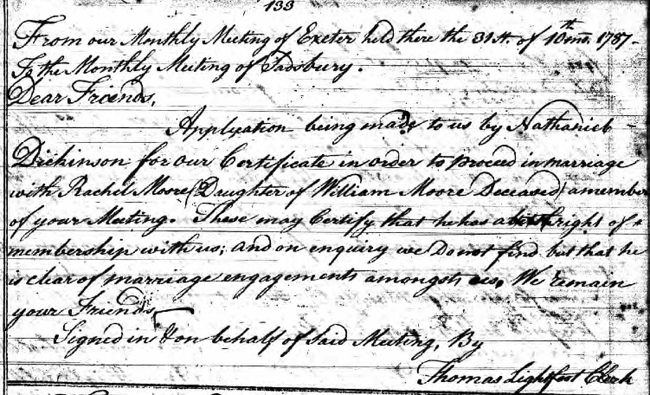 “From our Monthly Meeting of Exeter held there the 31st of 10th mo 1787 –
To the Monthly Meeting at Sadsbury
Dear Friends,
Application being made to us by Nathaniel Dickinson for our Certificate in order to proceed in marriage with Rachel Moore Daughter of William Moore Deceased a member of your Meeting. Those may Certify that he has a birthright of a membership with us, and on inquiry we Do not find but that he is clear of marriage engagements amongst us. We remain your Friends.
Signed in & on behalf of said Meeting, By
Thomas Lightfoot Clerk”

There is so much I love about this record. It tells me that Nathaniel Dickinson was of the Exeter Monthly Meeting. (The Philadelphia Yearly Meeting lists Exeter as still being in Douglassville, PA.) He was a birthright Quaker, meaning that his parents were Quakers when he was born.

It’s the details of my 4th-great-grandmother Rachel Moore that I really like, especially since females tend to be so hidden in the records. She is of the Sadsbury Monthly Meeting, near the border of Chester and Lancaster counties, Pennsylvania. Her father was William Moore, who was deceased by 31 October [10th month] 1787.

There are examples of various types of Quaker records on Ancestry.com’s Quaker Collections page. There is also a free research guide.

Disclaimer: I am a Community Manager for Ancestry.com. I was not asked to write this post, nor did I write it while “on the clock.” I would be excited about these new records even if I didn’t work for Ancestry.