If there is one thing that blogging in 2014 has taught me — and it has taught me many things! — it’s that I’m good with documenting identities and relationships, but there are definitely holes in knowing the person.  Nowhere is this more evident than in my collateral relatives.

Why Look at the Collaterals

Don’t get me wrong. I’ve paid attention to those “other” people in my research. There are a few who I have really researched — but usually only so that I could identify my ancestor (like with Susan Tucker Kelley, my orphaned milkmaid). For many, I have recorded their vital stats as I have come across them. But there are few that I’ve really looked at, really explored, really gotten to know.

Think about your siblings and your cousins. Chances are they’ve had an impact on your life (for good or for bad). Whether it’s sibling rivalry or older ones standing up and supporting the younger ones in times of trouble, those people have helped shape who we are. It was the same for our ancestors.

Those “other” people in our family trees had an impact on our ancestors. We often think about our great-grandmothers and what it was like for them to lose a child, but what was it like to lose a sibling? When a great-great-great-uncle went off to war, what did the siblings think? When a sister moved far away with her new husband, how did the siblings who stayed behind react?

Looking at the collaterals beyond the simple recording of their name and birth date that we grabbed off the census also gives us a chance to learn more about the whole family. Learning their story can help us better understand the people from whom we descend.

This year, I’m going to focus my research on the collaterals, those “other” people in the family tree. I want to get to know them. I want to know more than just when and where they were born. I want to learn their stories.

Ok, there’s also a part of me that hopes that I discover more about my ancestors in the process 😉

Ideally, I should have been doing this all along. I’m thinking of this as my own version of Thomas MacEntee’s Genealogy Do-Over. (I’m just not willing/able to chuck everything that I have and start all over!)

Regarding 52 Ancestors in 52 Weeks, I’ve encouraged people all along to define “ancestors” however they want. Some have done strictly ancestors, other have included collaterals, some even included their inlaws (gasp!). In 2014, I included only my ancestors, but 2015 will feature a mix.

Our family trees are made of more than just those people from whom we descend. Their stories helped shape our ancestors’ stories. That’s why I want to know more about them. 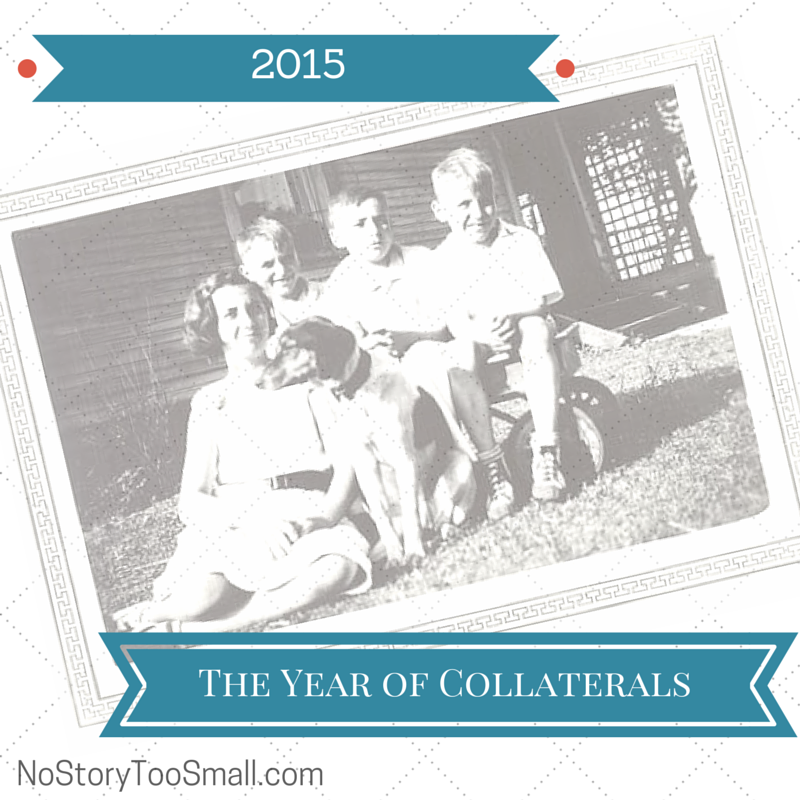