Peter was born in Ohio (probably in Perry County) 3 November 1830, the second son of John and Mary (Monroe) Starkey. He married Elizabeth Denune 21 June 1854. Throughout his entries in the census, he is listed as a farmer. Yet, like John Kelley, his 1860 agricultural census entry didn’t tell a whole lot. He had $50 worth of farm equipment, 2 horses, and 1 cow.

He registered for the draft in 1863, but as far as I’ve been able to determine, he never served.

Ohio started keeping death records in 1868. The earliest records were kept in the county Probate Court in ledgers. While I’m thankful they started keeping them, these earliest records typically do not name the parents unless it was an infant who died. (It wasn’t until December 1908 when Ohio started with more “modern” death certificates that we start to see parents listed as a matter of course.)

(Yes, I know that I’ve identified his parents and that I really don’t need a modern death certificate for him. I think that dying in December 1907 was his final way of “Ha! You’re not going to find out much about me!”)

Peter is buried in Olivet Cemetery in Perry County, not far from his son Edward. 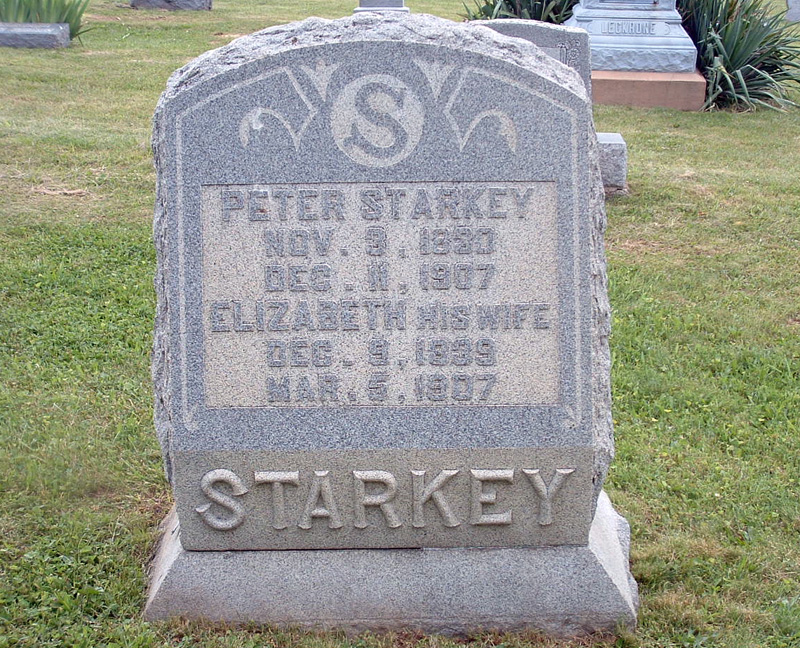